Ethics: How should a person be?

PROFESSOR Deborah Bowman reflects on how practice makes perfect, even in ethics 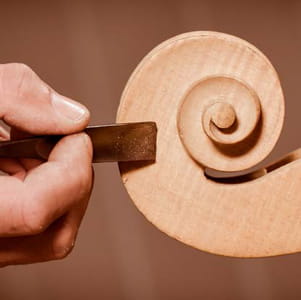 THE assumption that anyone with ethics in her title is a 'good' person causes much amusement amongst those who know people with ethics in their titles. The field of ethics is no less susceptible to self-serving ambition, petty jealousy and unedifying behaviour.

The results of a US survey published earlier this year found that ethics professors were more likely to support higher ethical standards but, regrettably, no less likely to fall short of those standards in their own behaviour. There were some quirks that continue to fascinate me: ethics professors favoured a much higher level of charitable giving and were more supportive of vegetarianism than other philosophers. Those same ethicists though were more forgiving than their philosophical peers of not contacting one’s mother at least twice a month.

Survey quirks aside, the question of knowing about a subject in theory and learning how to make sense of that knowledge in practice preoccupies me. For me, ethics is a practice and it should help people live and work well, especially in testing times. To be able to analyse a problem logically and to work through well-reasoned propositions is valuable. To be able to construct a coherent argument that convinces others is a skill. To locate moral intuitions in the philosophical literature and understand the relationship between the law, professional standards and morality provides a strong foundation on which to become an ethical practitioner. Yet, these abilities are necessary but not sufficient.

Like Aristotle, I believe that ethics takes practice and with that practice we improve our chances of embodying ethics. It is context-specific: some situations and people will facilitate ethical practice whilst others will inhibit it. How then can one learn the tricky business of being ethical in practice rather than merely having a sound knowledge of ethics?

Several years ago I piloted an approach which was built on the recognition that we learn how to be, professionally and personally, by watching and talking to others. Perhaps this is particularly so in professional training where so much time is spent following and observing practitioners who are more senior and experienced. The apprenticeship model is as influential in healthcare ethics as it is in diagnostic competence or clinical skills. Some people will be role models whilst others are, regrettably, cautionary tales. Nonetheless it is relationships which influence our approach and reveal the norms of a team, specialty or clinical unit.

I wanted to make the relational overt in thinking about ethical development. I gathered a small group of colleagues who were willing to train as ethical mentors and coaches. As we came together for that training, it was fascinating to explore where and how people had learned their ethics and 'how to be' as a practitioner. Few mentioned the formal teaching they had experienced.

For the majority, it was someone specific who had inspired them. A smattering of individuals remembered those who had concerned or discomforted them as being equally important in developing an ethical identity.

Rather than rely on the serendipity of these interactions, we created a model to make explicit ethical development and practice within trusting relationships: building moral sensitivity, drawing out the emotions that imbue an ethical question or problem, being open about the challenges and tensions in 'practising ethically', reflecting on the interaction of individual with the system, and fostering a sense of ethical confidence to act. The tools and skills were drawn from the disciplines of mentoring and coaching and there was an action learning set to support those serving as an ethical mentor and coach. The emphasis was on how to be, rather than how to talk about being ethical in clinical practice, recognising always the inherent fallibility of human beings and being honest about our limitations, ethical omissions and missteps.

It was a rewarding project that quickly expanded, struggling to meet demand. I was memorably told by one participant that ethical awareness was often 'tiring and uncomfortable' rather than empowering. Another reminded me powerfully that single actors in unethical systems can feel isolated and lonely as a result of their commitment to ethical practice. Everyone brought themselves wholly and authentically to a shared endeavour.