Keeping patients on their toes

An interest in sports medicine led Chris James to the high-intensity world of ballet. He gives GPST an insight into his busy life as company doctor and GP 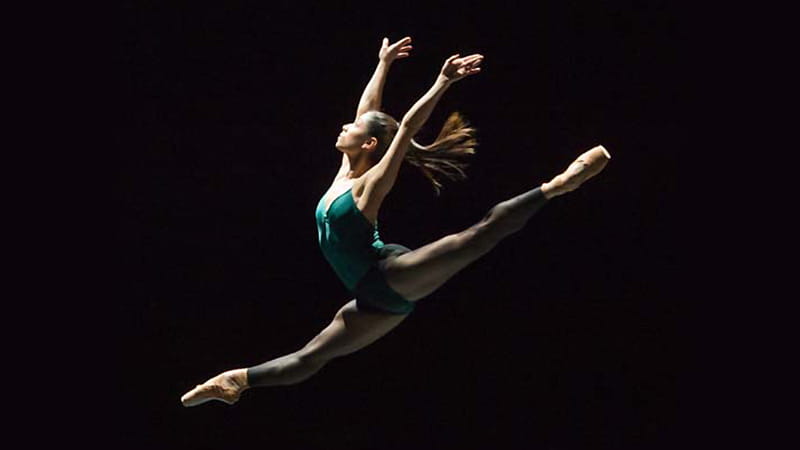 AS Dr Chris James sits in the auditorium of the Royal Albert Hall with his family watching the English National Ballet perform, he is fully aware of what’s really going on behind the dancers’ professional smiles.

The Southampton GP knows all about the endurance and physical pain they’ve put themselves through – but it doesn’t show on their faces.

Dr James knows because, since 2002, he has been the English National Ballet’s company doctor. He started working with the UK’s largest touring ballet company almost by chance in the mid-1990s when the ENB were looking for GPs in areas where they were performing. With a keen interest in sport and a hunger for expanding his skills, Dr James applied and was soon treating the dancers visiting his hometown.

Dr James, who qualified in 1985, says: “I guess because I am in a university practice, and therefore have [treated] lots of fairly young people who get hurt, they wrote to our practice and I said ‘yeah, I’ll do that’.

“So when the company was in Southampton, twice a year for a week, I would call in. It was so accessible – the theatre was just five minutes away. I thoroughly enjoyed it, and got on really well with them.”

When the ENB’s company doctor left a few years later, Dr James jumped at the chance to take on the role.

The 54-year-old says, smiling: “It wasn’t a difficult decision.”

However, given that the ENB is London-based and Dr James is around two hours away at the University of Southampton, logistics were a concern and this was a huge challenge for the already-busy GP, a fulltime partner at the University Health Service.

Dr James, who is also a member of the clinical commissioning group (CCG) board, says: “I needed to see how I could make it work. I couldn’t take a whole day out just to have a half-day in London, I had to work out how I could fit it all in.

“So I start a surgery at 8am and can still make the 11 o’clock train to London. I am with the Company by 1pm, spend a few hours with them, then get the train back and I am home by 6pm. It’s like a normal working day, only I get two hours to read the paper in between! And sometimes I wander round the building watching people rehearse. It’s great.”

Ballet dancers are elite athletes... their ability to endure pain is astonishing

He and his family try to catch a performance each season, a particular treat for his daughter who has dabbled in ballet. “The benefits are amazing, especially seeing them perform in grand surroundings like the Royal Albert Hall,” he says.

Of all the ballets he has seen, Dr James says his favourite is the Nutcracker. “We see it every year either in Southampton, or at the London Coliseum where they perform every winter,” he says. “I have seen three or four differently-choreographed versions, and every one of them has been brilliant.”

As the ENB’s company doctor, Chris carries out primary care treatment, as he would back at his practice in Southampton, and works closely with ENB physiotherapist Jackie Pelly and her team to treat injured dancers. The type of injuries the medical team can be faced with vary from acute sprains, back pains, and stress fractures in the feet and lower leg, right through to sword-fighting injuries.

If a dancer sustains soft tissue damage or a broken bone, they can easily access physiotherapists, MRI scans or orthopaedic surgeons as all ENB dancers are insured (meaning Dr James can refer them for swift An interest in sports medicine led Chris James to the high-intensity world of ballet. He gives GPST an insight into his busy life as company doctor and GP specialist treatment).

With 20 years’ experience in the specialty, he’s noticed it is a much healthier environment for dancers now than it used to be.

He says: “Old-school artistic directors felt pain had to be pushed through, but that thankfully doesn’t happen any more. There are still a few dancers who hide the fact they’re in so much pain, that they have stress fractures, but now dancers have fitness regimes programmed for them individually by professionals who are looking at strength, endurance and stamina.”

But Dr James says there is “still a lot of pain and suffering” in ballet because of the intense stress dancers put their bodies through, adding: “Sometimes it is surprising how graceful and smiley they look knowing what pain they’re in.”

Sitting in the auditorium watching his patients dance, Dr James can’t help but feel a huge swell of pride. He says: “I have first-hand knowledge of the pain, the blood, the sweat and the tears that they gave to make it look so graceful. Ballet dancers are real elite athletes who use and abuse their bodies like no others – their ability to endure pain is astonishing.”

A self-confessed fitness enthusiast, Dr James has tried most sports but has never been tempted by a pas de deux or entrechat. He laughs: “I have never tried ballet – and even if I had, I’m not sure I would tell you.” A keen runner, he has also tried karate, horse riding, scuba diving and skiing, and even swam competitively until 2009 when he took a one-year sabbatical with his family to work in Australia.

Having “had a go at most things” when it comes to sport – it’s a similar story when it comes to his medical career. For the father-of-three, who has two sons “doing various things around the world” and a daughter following in his footsteps and studying medicine, it is important to grab every opportunity.

Variety has been a running theme throughout the medic’s 30-year career, from first working in orthopaedics and accident & emergency at the Royal Liverpool Hospital, he spent his GP vocational training in Southport, worked as a rural GP in the Wye Valley in South Wales, and became a GP with special interests (GPwSI) in lower limb orthopaedics.

He says: “I enjoy seeing variety in my career – I know people who have done sports medicine and others who have done political stuff working in the management structures of the various PCGs, PCTs and CCGs.

“I am very lucky to have done all those things (and to do what I do with the ENB) in an era when they were developing, because almost certainly nowadays I would have needed a diploma in sports medicine or post graduate education, but I got where I am by getting experience, making contacts and networking.”

To those interested in a career in general practice, he says it is a specialty that offers a lot of freedom in a working week, allowing GPs to “build a portfolio to keep your week varied.”

At the moment, Dr James is thoroughly enjoying the challenges of being a busy GP in Southampton and the ENB’s company doctor in London. Outside of medicine, his other passion is music – he plays tenor saxophone in a windband (the clarinet “just for fun”) and he also plays in a quartet. He even carries out his own instrument repairs.

So, at the age of 54, is he considering slowing down? He laughs: “Retirement is not that far ahead and I might start thinking about changing the way I do things in the next couple of years. I may reduce my hours, I may not, or maybe I will go into saxophone repair full-time!”